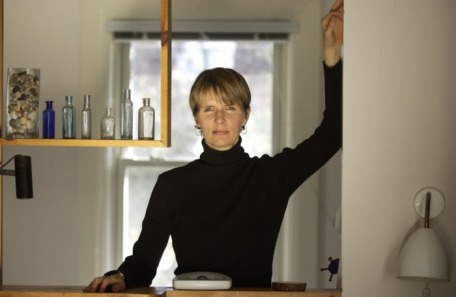 Story-telling is a primary human activity, a fundamental way of making sense of our world, a vicarious immersion in the lives of others.  We gain perspective on ourselves through experiencing the fictitious lives of others.

When asked what my novels are about I say something like, "Oh, you know, love and the failure of love, friendship and the failure of friendship, the work we do, how we see ourselves and imagine, or fear, others see us.  I write about our fear of loss, illness, death, hoping to leave the reader with the experience of having looked in on the lives of others in a variety of circumstances and conditions, and having them see much that is the same and much that's different from their own lives.  Recognition enables empathy.

A critic once described me as the "antidote to Canlit niceties" and coined the term Strubian. It's a wonder that the antidote to Canlit niceties has survived recessions, publishing tsunamis and the-novel-is-dead refrain for over two decades.  I've had a family to support, 7 publishers, large and small, and produced 11 novels and counting. Writing fiction is a perilous business but for those who write for themselves and not an imagined market, who put down what's on their minds versus what they're told might sell, it's a freestyle life.  You never know what's ahead or how you'll manage the turn, but you have faith you'll figure it out when you get there.
​
A grade 12 student, writing an essay on my novels, spoke to me of symbols and hidden meanings in my books; symbols and hidden meanings I didn’t know were there.  It reminded me of the power of fiction, how it skips beyond the writer’s imagination and slips deeply into the reader’s. I write to make people laugh and cry, to record the tableaux of the human condition, now, as we live it.  To see and record, for example, an old woman in worn Keds and an overcoat during a heat wave, with a head scarf firmly knotted under her chin, hunched over a shopping cart carrying forty-two tins of gourmet cat food and a large box of denture cleanser.  To see and record this 21st century Mother Courage inadvertently nudging her cart into the man ahead of her in line in designer shades and fluorescent orange Nikes, who tries to signal his irritation by making gremlin noises and turning slightly towards her while clutching his imported cheeses, until finally he can tolerate the nudging no longer and almost shouts, “Stop pushing me with your cart!”

I write these tableaux because they reflect our frustration, confusion and inability to communicate in the age of communication.  I record them so that we can see ourselves and maybe learn something, because our tendency is to avoid looking at the dysfunction around us, even to run from it.  I write them down so that a grade 12 student can find symbols and hidden meanings I didn’t know were there.